One of the most accomplished producers in the scene, with releases on Crosstown Rebels, Knee Deep in Sound & Hot Creations, Denney already has a Radio 1 Essential Mix and Global Underground’s Nubreed Compilation under his belt, with plenty more to come. To celebrate his latest collab with label boss Just Her on Circus Recordings, we invited him along for a guest mix and a chat.

Hey Denney, welcome to CC 🙂 Firstly, what is your background and how did you get into music?

Hi, thanks for having me!  I grew up in a very musical household with my Dad being a Jazz Drummer, he always encouraged me to get into music and the arts rather than get a real job.

Where are you based and how has your home country or town influenced your music & career?

I now live just outside of Brighton but am originally from a small town just outside of Middlesbrough called Yarm, we actually used to have the largest club in the country there called Tall Trees and also The Empire in Middlesbrough which was an unsung hero of British club culture in the 90’s and early 00’s.  Easily one of my biggest inspirations  was going there every week seeing the worlds best DJs.

How would you describe your sound – do you think your music falls into a particular genre?

I play totally across the board, from House to Techno to Disco to Melodic, I usually fit my set into what surroundings i’m in, I think its down to having various residencies over the years.

Your latest release on Circus records is a collaboration with Constant Circles boss Just Her – how did that partnership come about and how did the idea develop?

I’ve known Claire for quite a few years now and a track she released on Global Underground came on randomly, so I thought I would hit her up to see if she fancied working on a collab.  She had the initial idea for the track already and sent me the parts, I developed it and added additional production.  I’m really buzzing with the record.

What is your production process – is each project or track different? And what are your key pieces of studio kit?

I just treat each track as a blank canvas and see what comes out, sometimes theyre quite energetic, sometimes more Melodic.  I just go with it.  Studio wise i’m mainly in the box these days.

What would be your dream label to release on and why?

I would love to do something on Ninja Tune.

Can you tell us your deepest darkest secret?

I once got caught shoplifting a mascara with Dave Beer.

What is the coolest, wildest or worst gig you have ever played?

I once played a boat party in ibiza and a wave came crashing over the side and wiped the decks out, was an absolute nightmare.

What do you have coming up in terms of releases and gigs (or live streams)?

I have releases coming on Circus Recordings, Anjunadeep, Nothing Else Matters, Club Bad, Saved Records and a new residency which shall be announced soon.

How did you put together your guest mix for the radio show & what have you included – any exclusives or surprises?

I just collated a load of my favourite records I’ve got recently and hopefully put them together in an order that flows and makes sense. Theres an exclusive new track from myself and Dean Mickoski in there and of course my collab with Just Her on Circus.

Check out Denney’s guest mix on Constant Circles Radio with Just Her: 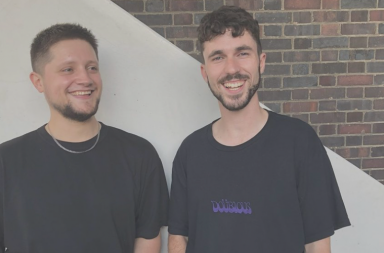